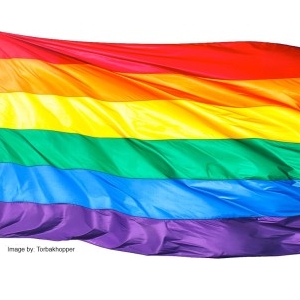 Want to know what to expect when you join Rainbow Families? Then read on…
We moved to Hove a couple of years ago when our little boy was two. Our first experience of Rainbow Families was softplay, a month before we moved. It was noisy and full of people, with lots of kids charging around having fun. Our LO immediately took to the bouncy castle – bouncing is probably his favourite thing to do. Our main reason for going was our LO rather than us: we wanted him to know some queer families, and to have some friends with two mums.We didn’t make it to the next trip: at the time we had no idea what ‘Washbrooks’ was – nowadays we know how many farms there are round here with things to do for kids and have been to most of them! But we’re really glad we signed up for the camping trip in our first year, though we didn’t quite know what we were letting ourselves in for.Turned out, what we learnt from camping was 1) our tent was too small – you need to be able to stand up to change a nappy comfortably when it’s raining 2) how nice it is to eat free soup and bread next to a donkey 3) it’s possible to barter for toast and apples from a bunch of musicians if you have some milk and the ability to flirt outrageously 4) you never grow out of camp fire marshmallows.We also made friends with lots of people who had kids the same age as our son – who were our tent neighbours.It turned out that we did need to belong to Rainbow Families for ourselves as well as for our LO. It can get very lonely being a queer family if you feel like you’re the only ones. It was great for us to make friends with other lesbian mums. We’ve got loads in common and it’s a bit of a cliche but I’ll say it anyway: we’re all really different too. We’ve met all sorts of people who’ve started a family in slightly different ways, or our kids came into the world in different ways, and we have different approaches to life. But that is part of the fun of meeting new people. Paradoxically, we’re not ‘the same’ as other queer families, but we have found so many points of connection.

There were loads of things I didn’t know before I had a child. One was how – in terms of day to day life – I feel like I’m a mum first before I’m a lesbian. It’s good to know other families who are just getting on with it in the same way we are, people who don’t treat us like we’re ‘alternative’.

That was a couple of years ago – we’ve just signed up for our third camping trip and our LO starts school soon which will be another adventure. By the way, I really recommend the camping trip if you want to get to know people, even if you’re reluctant to sleep under canvas. It’s worth it.